I have always been pretty good at finishing up a workout at 9:45 PM, taking a shower, hopping in bed, and being sound asleep within a few minutes. For some reason, that has started to change. Now, after an evening workout, I lay in bed FOREVER and can’t fall asleep. It’s suuuuuuuper annoying and frustrating because I’m exhausted!

So, I’ve decided that I need to be getting up extra early to get some of my runs in before work. I have to leave for work at 7:00AM. Sometimes I have to run 8 miles before work…. Even if you’re not good at math, you can probably figure out that when I run before work, I have to get up WAY.TOO.EARLY.

But, the more I practice this tiresome horrific task, the “easier” it gets. This is because my mind is beginning to fully understand all of the benefits of finishing my daily workout before my day even truly starts. So, when my alarm goes off at 4:30ish, and I hit snooze (every single time), my brain takes over and starts its own little conversation with the sleepy parts of my body. It goes something like this:

Hey, that was your alarm…let’s get this run DONE!
(No. Let’s go back to sleep.)

Come on. If you get it done now you can have a glass of wine and relax after the kids go to bed instead of getting on the treadmill!
(You don’t need a glass of wine. Running at night is just fine.)

No, seriously. You don’t want to have to even think about your run today. Just get up and it will be over!
(Maybe you could squeeze in a run right after work, and then you could still relax and have that glass of wine when the kids go to bed…)

No way. You are not going to throw your kids in front of the TV for an hour after school so that you can get your run done before their bedtime. That’s just selfish. It’s either now or at 8:45 tonight, and you know that sucks. And before I know it, the run is over.
And I’m pretty proud of myself.
And a little tired.
But, I’m 99% percent sure I would’ve been tired with another hour of sleep anyway.
Boom.
Sparkle.Pounce.Talk Yourself Into It.
-Kendra

I just got back from an amazing Sparkle.Pounce. girls’ road trip to Asheville, North Carolina. It was So.Much.Fun. 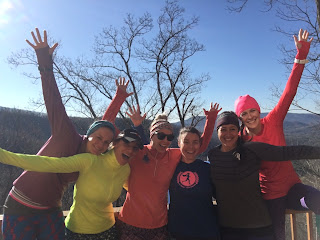 Over the long weekend, one of our favorite sayings was, “You do you. I’ll do me.” Basically, it just means, “Nope. That’s totally not my cup of tea, but if you like it…awesome.” Because really, you need to be you, and I need to be me.

For a lot of people, the idea of driving 10 hours to go run lots of miles in the mountains, doesn’t sound like the best idea for a getaway. But, for us, it was the perfect vacation. Including our 3 mile hike, we covered just over 20 miles of mountain trails in two days. 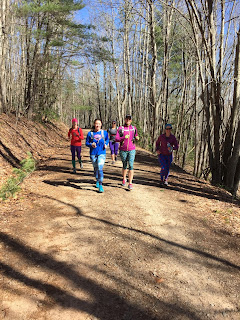 And, because we’re a less than serious group of girls, we had plenty of laughs along the way.

This is us pretending to be bears. 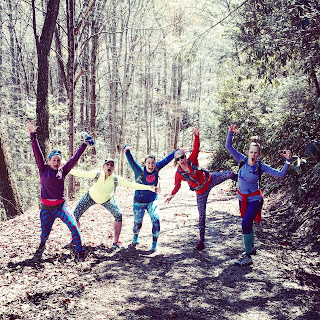 Very scary.
And here we are posing as “exhausted”…which is weird because we actually WERE exhausted after a really hard ascent. (Note: Stephanie missed the memo that we were posing as exhausted…) 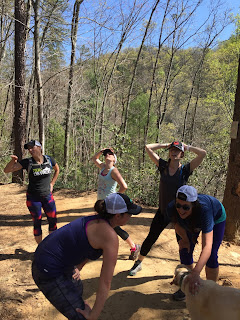 Throughout the weekend, we had a few situations that left us a bit uncomfortable. But, we are brave and like to try new things, so we embraced them as much as possible.
One was a hike to a waterfall that required repelling down a rope to get the best view of the falls. At first, we were really determined to find the rope and go down it. However, after hiking for a long time… 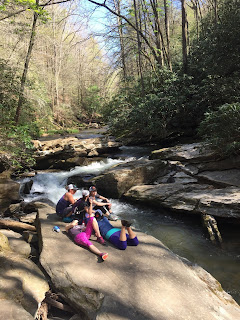 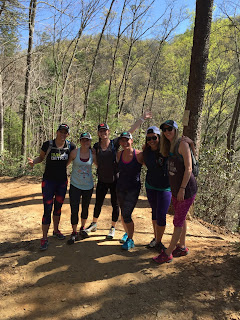 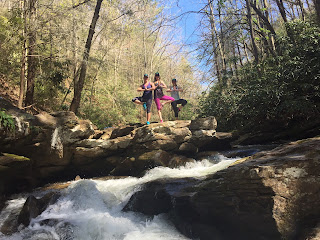 And only finding LOTS of these signs… 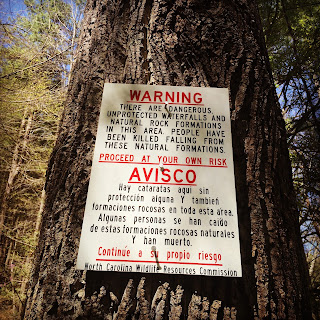 The idea of the rope became somewhat intimidating. But, we were still pretty determined to at least find the rope and then make a decision.
Turns out a determined group of girls often succeeds. We found the rope and 4 out of 6 of us repelled down it…with only a few tears. 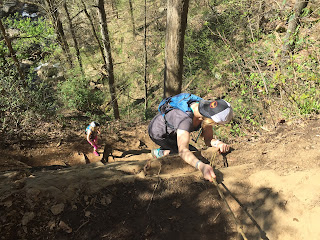 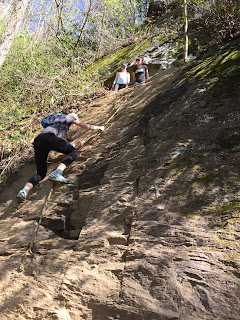 Being brave is hard.
But, on the drive home when we all talked about our favorite parts of the trip, the girls that were the most terrified to go down the rope, but sucked it up and did it anyway, chose that as their favorite moment. BOOM. Overcoming your fears is THE BEST.
As a group of friends, we often joke about being super fun. I mean really, who doesn’t want to hang out with a group of hilarious girls? 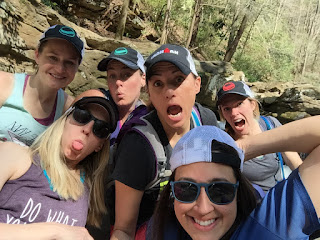 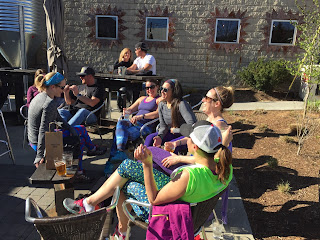 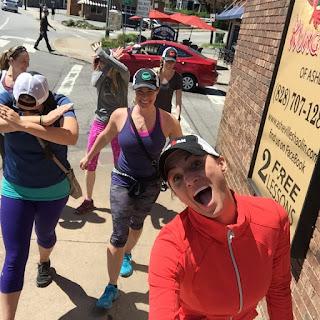 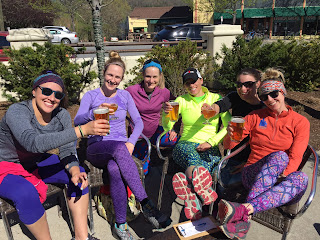 And this is what brings me back to “You do you. I’ll do me.”
Running 12 miles and then sitting on a patio in your stinky, sweaty running clothes and drinking beer all afternoon isn’t for everyone.
Taking “selfies” especially with selfie sticks… of every single adventure and non-adventure definitely isn’t for everyone.
I could go on and on listing things that I love that some people probably find annoying. But who really cares? What matters is that you’re you and I’m me. And as long as I’m happy with me and you’re happy with you, we should all be happy.
Sparkle.Pounce.You Be You.
-Kendra